This item has been added to your basket

It’s almost been a year since Brexit finally meant exit from the European Union, we didn’t know what or how exactly the impact would affect the United Kingdom’s trade in Europe since then.

However, in recent news there is an increasingly bitter dispute over fishing rights with our English Channel neighbours, France, who are saying its fishermen have not been issued with half the licences they are entitled to. 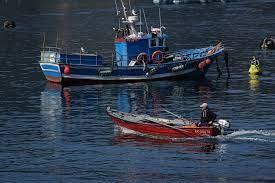 The French officials have given a verbal warning to the British trawler, which is in the waters off the French coast. French maritime minister, Annick Girardin said: This is not war, but this is a combat”, amid a warning the country could ban all British fishing boats to disembark at French ports if tensions are not resolved.

The French Government are urging the British Government to listen to the language of strength, since that seems to be the only thing the British understands, says Clement Beaune, France’s Europe minister. This follows on from Wednesday, as two English ships were fined during classic checks off Le Havre.

The trawler that was detained on Thursday 28th October 2021 was also fined for obstructing checks after it initially refused a request to be boarded by Police. It was later not found to have been in breach of regulations.